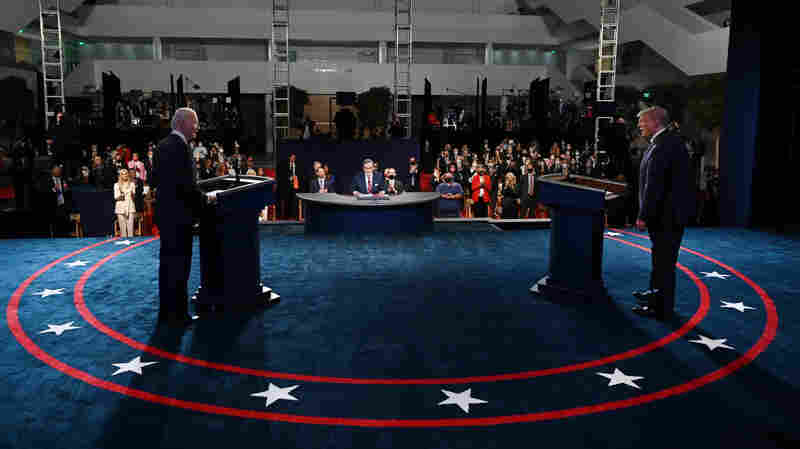 President Donald Trump and former Vice President Joe Biden participate in the first presidential debate on Sept. 29. The Debate Commission has established new rules for Thursday's debate, including plans to mute a candidate's mic when the other is giving an opening statement. Pool/Getty Images hide caption

Debate Commission To Mute Candidates' Mics At Start Of Each Segment

October 19, 2020 • This decision comes after a chaotic first debate that was widely criticized for its largely unstructured nature. President Trump and Democratic nominee Joe Biden are set to face off on Thursday. 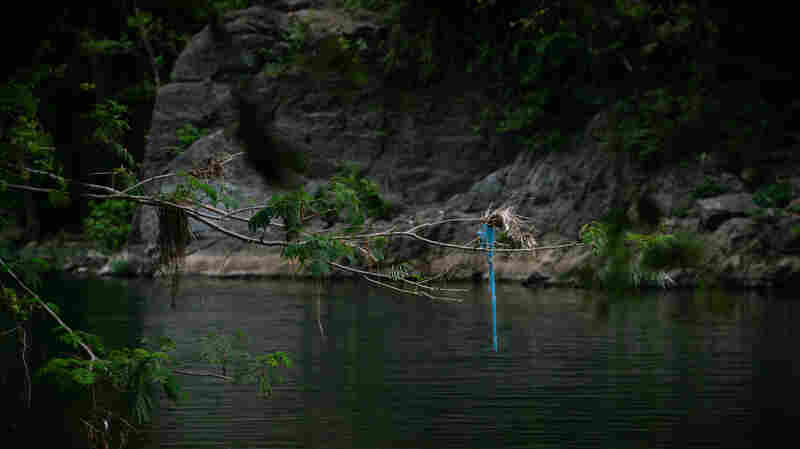 Climate change means more flooding in much of the U.S. as sea levels rise and extreme rain becomes more common. Many people who live in flood-prone areas do not know they are at risk. Ryan Kellman/NPR hide caption

Living In Harm's Way: Why Most Flood Risk Is Not Disclosed

October 20, 2020 • About 15 million properties in the U.S. are prone to flooding, but patchwork and ineffective disclosure laws mean most people get little to no information about flood risk before they move. 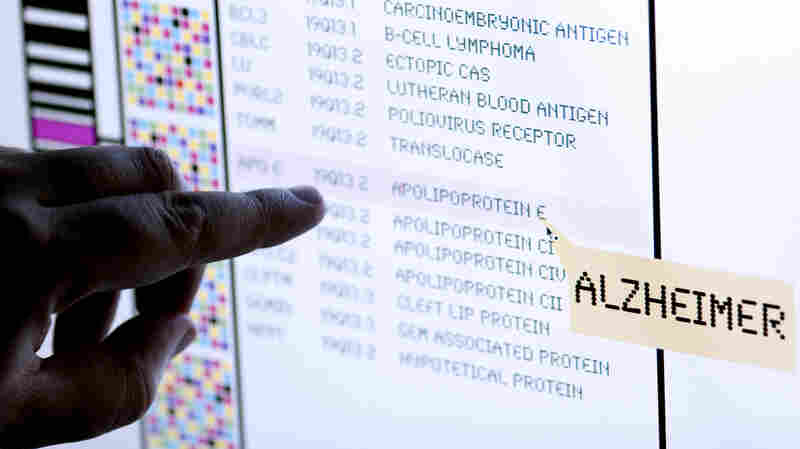 Recruiting patients for medical studies has been challenging during the pandemic, especially older people who are more vulnerable to COVID-19. Dra_Schwartz/Getty Images hide caption

A Big Alzheimer's Drug Study Is Proceeding Cautiously, Despite The Pandemic

October 20, 2020 • Researchers launched a major study of an experimental Alzheimer's drug this summer. They also learned a lot about how to protect participants who must make frequent visits to a medical center.

A Big Alzheimer's Drug Study Is Proceeding Cautiously, Despite The Pandemic

Got A News Tip?

At NPR, we welcome your news tips. Here's a guide to getting in touch with our newsroom and how to share sensitive information. 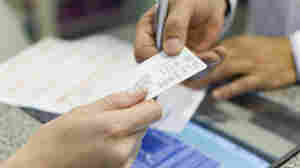 Open enrollment is about to start for those buying private insurance off state or federal exchanges. PhotoAlto/Frederic Cirou/Getty Images/PhotoAlto hide caption

October 20, 2020 • The Affordable Care Act's future is uncertain and there's no end in sight to the pandemic. But for the 2021 insurance year consumers can expect to see modest increases in prices, if any. 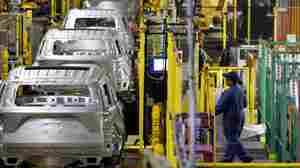 It Pays To Be An Apprentice: 63% More

October 20, 2020 • Participants in an apprenticeship program that matches employers with community colleges were able to earn substantially more after one year than their peers at community colleges, a new study found. 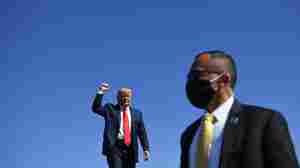 From 'Saving Suburbs' To Raising Hopes On Pandemic, Trump Makes His Closing Pitch

October 20, 2020 • President Trump is racing across swing states in the homestretch of the election, making his closing arguments as he finds himself down in the polls.

From 'Saving Suburbs' To Raising Hopes On Pandemic, Trump Makes His Closing Pitch 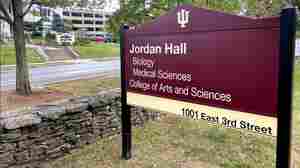 Indiana University's board of trustees voted earlier this month to strip David Starr Jordan's name from a building. Jordan was the university's seventh president and a leader of the eugenics movement. Lauren Bavis/WFYI hide caption

October 20, 2020 • Many U.S. colleges have lecture halls named after respected scientists who also promoted racial theories or practices that are now rejected. And increasingly, their names are being removed. 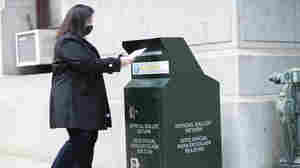 A voter casts her early-voting ballot at a drop box outside City Hall in Philadelphia on Oct. 17. Mark Makela/Getty Images hide caption

October 19, 2020 • Pennsylvania Republicans had sought to block the counting of late-arriving ballots, which the state's Supreme Court had approved last month. 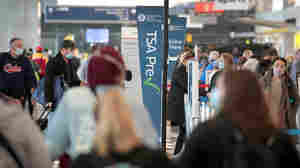 Passengers enter a checkpoint at O'Hare International Airport on Monday. The TSA reports it screened over 1 million passengers on Sunday, the highest number since the coronavirus crisis began. Scott Olson/Getty Images hide caption

October 19, 2020 • The agency screened more than one million travelers at airport security checkpoints Sunday, the most since the start of the pandemic. But the modest air travel increase may be short-lived. 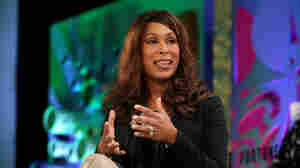 Channing Dungey was named the next chairman of Warner Bros. Television Group. She previously served in executive roles at ABC and Netflix. She is seen here at the Fortune Most Powerful Women Summit 2018. Phillip Faraone/Getty Images for Fortune hide caption

October 19, 2020 • Dungey previously held executive roles at ABC and Netflix. She is set to take over in early 2021 replacing Peter Roth who ran the television division for two decades. 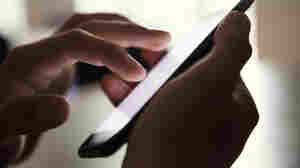 Mental health advocates say 988, a simple three-digit number, will be easier for people to remember in the midst of a mental health emergency. T2 Images/Getty Images/Cultura RF hide caption 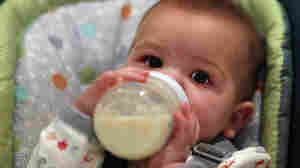 Study: Plastic Baby Bottles Shed Microplastics When Heated. Should You Be Worried?

October 19, 2020 • The implications for a child's health are not yet known. The study's authors urge people not to panic — and stress the need for more research. 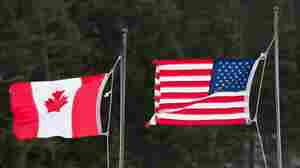 The U.S.-Canada border at Pittsburg, N.H., in 2017. The U.S. borders with Canada and Mexico will stay closed to nonessential travel through Nov. 21. Don Emmert/AFP via Getty Images hide caption

U.S. Borders With Canada And Mexico Will Stay Closed Another Month

October 19, 2020 • "The situation in the United States continues to be of concern. So we're going to make sure we're keeping Canadians safe as best as we can," Prime Minister Justin Trudeau said. 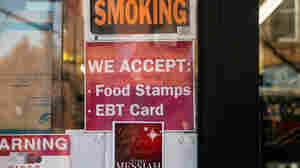 A judge has tossed out a U.S. Department of Agriculture rule that would have limited food stamps, noting that during the pandemic "SNAP rosters have grown by over 17 percent with over 6 million new enrollees." Here, a sign alerts customers about food stamps at a store in New York City. Scott Heins/Getty Images hide caption

October 19, 2020 • The U.S. Department of Agriculture rule "radically and abruptly alters decades of regulatory practice," a judge said, and would have added new burdens during a global pandemic. 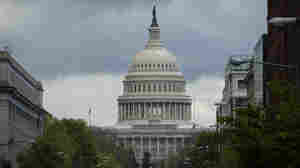 How The Coronavirus Has Affected Individual Members Of Congress

October 19, 2020 • Congress saw its first two members enter self-quarantine on March 8. Later that month, seven members tested positive or were presumed so and dozens more were quarantined. The ranks have since grown. 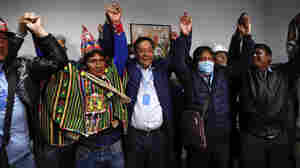 October 19, 2020 • Luis Arce, a candidate handpicked by former President Evo Morales, is expected to be confirmed as the winner in the country's most important presidential election in a generation. 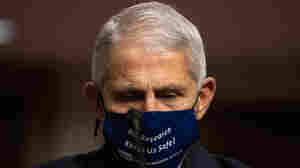 Trump Rails Against 'Fauci And These Idiots' In Campaign Call

October 19, 2020 • The president's remarks came during a call intended to discuss strategy for the Nov. 3 election. Trump has been at loggerheads with public health experts on how best to contain the pandemic. 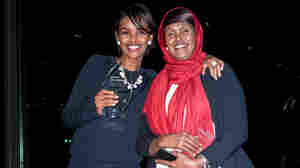 Fartuun Adan (right) and Ilwad Elman, the mother and daughter named winners of this year's $1 million Aurora Prize for their efforts to help former child soldiers and others in their native Somalia. Kris Connor/Getty Images hide caption

No It's Not A TV Movie: Death, Renewed Determination, A $1 Million Prize

October 19, 2020 • The patriarch/peace activist was assassinated in Somalia. His wife and 3 daughters fled. Mom (and one child) returned to build on his work. Now they've won the Aurora Prize — which has its own twist. 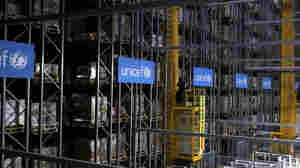 UNICEF said Monday it plans to stockpile 520 million syringes in its warehouses in preparation for an eventual COVID-19 vaccine. This warehouse in Copenhagen, Denmark, is part of the agency's infrastructure to deliver medical supplies around the world. AP hide caption

October 19, 2020 • The agency, also known as the United Nations Children's Fund, plans to distribute up to 1 billion syringes by 2021.